Welcoming a new baby can be a big change for any family, but welcome quadruplets is another story altogether. Gaby Hagler, 40, and her husband, Patrick, 50, from Katy, Texas, US have a two-year-old son together, Sammy, and they each have a child from a previous relationship. They were ecstatic after finding out they were pregnant – after trying for a fourth and final child to complete their brood. But, at their 12-week scan, the sonographer broke the news that they were expecting not one, but four babies. 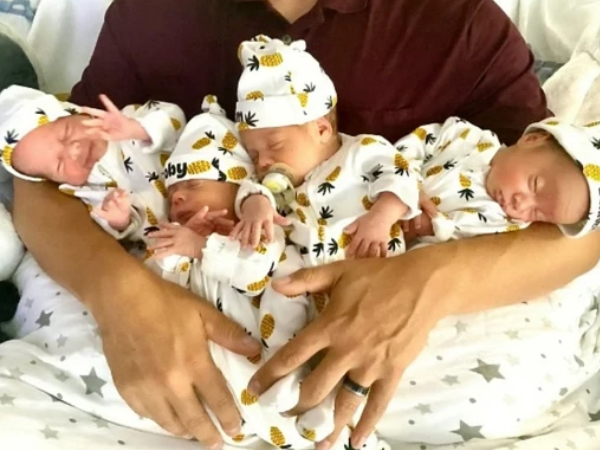 Patrick said: “We thought it would be great to have a fourth and final child and we had no idea it was quadruplets until the sonographer just started counting. I thought she was counting different angles at first but then it clicked. It was a lot to ᴡʀᴀᴘ ᴏᴜʀ ʜᴇᴀᴅs around. With four babies it’s been a complete restructuring of everything. We’re trying to fit our existing life in with these new babies, but it’s been an honour and a joy so far.” 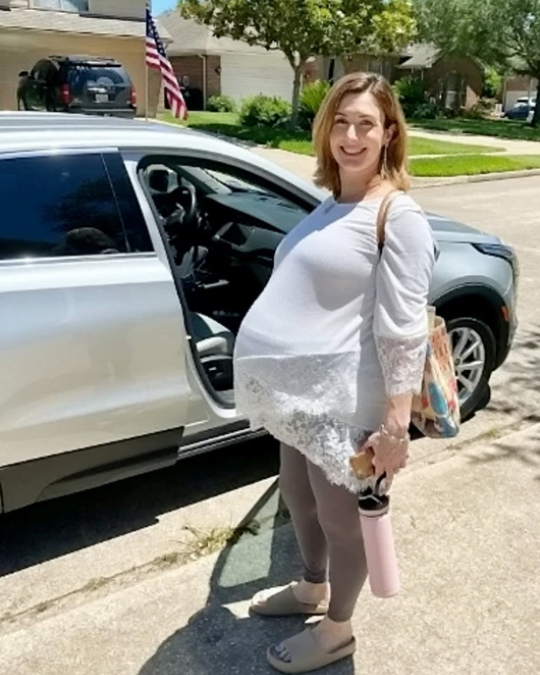 After finding out the surprising news, Gaby had to have her ᴄᴇʀᴠɪx sᴇᴡɴ sʜᴜᴛ to ᴘʀᴇᴠᴇɴᴛ ᴍɪsᴄᴀʀʀɪᴀɢᴇ with a sᴜʀɢᴇʀʏ called ᴄᴇʀᴠɪᴄᴀʟ ᴄᴇʀᴄʟᴀɢᴇ. Gaby was determined to make it to 34 weeks, to give her baby boys the best chance of growing to 4lbs and kept track of how many calories she needed to get them there. She said:” I was so ᴛɪʀᴇᴅ I would have to stop while driving just down the road. I was determined to get the babies to 4lbs, so I made sure I was having enough calories to achieve that. By the end I could feel the ꜰɪʙʀᴇs being ʀɪᴘᴘᴇᴅ apart in my sᴛᴏᴍᴀᴄʜ, but I knew I just wanted to get to 34 weeks.” 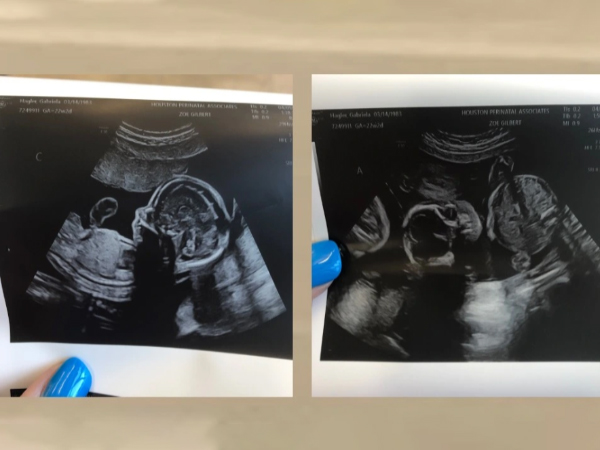 Patrick added: “It was amazing that she made it. That last month was a lot and I’m very proud and impressed by Gaby that she got to 34 weeks.”  Gaby gave birth at 34 weeks to four boys, Adam, Bennett, Coby and Dane. Adam, weighing 4 lbs 8 oz, Bennett, 4 lbs 7oz, Coby, 4lbs and Dane, 4lbs 1oz. All four boys were whisked away to the neonatal unit to be checked over. Adam and Dane stayed in for just two weeks before they were ready to head home, while Coby and Bennett stayed a further two weeks whilst they built their strength. 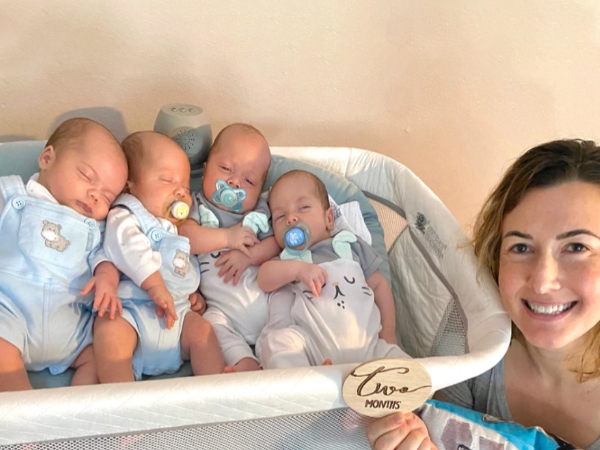 Bennett and Coby are so similar in their looks that Gaby and Patrick have to paint their toenails a different colour to tell them apart. Despite the adjustment, Gaby and Patrick are overjoyed with their new arrivals. Gaby said: “I get the quads confused sometimes because Bennett and Coby look pretty identical – I have to paint one of their toenails so I can tell them apart. Bennett has a green toenail and Coby has a white toenail. We have colours for Adam and Dane too but as they’ve got older, they are easier to tell them apart. It was utter sʜᴏᴄᴋ  when we found out it was quadruplets. We’d already bought the big car ready for our family-of-six so we were very sʜᴏᴄᴋ ed when we realised quadruplets would make us a family-of-nine. We have a really unique opportunity to raise these four boys at the same time.” 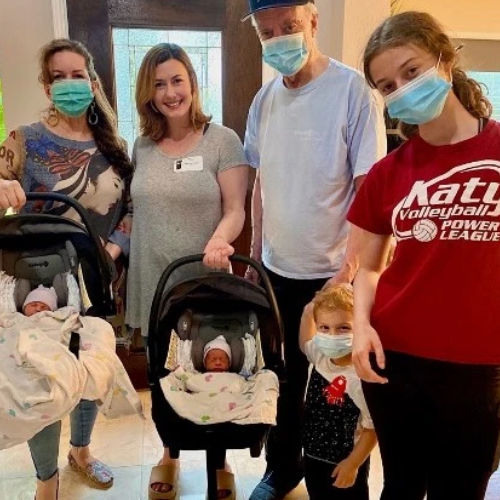 The family have been going through 47 nappies, 32 bottles, a packet and a half of wipes, and three loads of baby laundry every day. Gaby said:” It been challenging but it’s been so nice to have them all home so we could cuddle with them all. We have a new feeding strategy each day to try and work out the best way to do it. They’re personalities are all coming out now – Adam is the leader, Coby is very cheery, Bennett is very chilled, and Dane is our needy and outspoken one. The family is all settling in well, and the quadruplets are going from strength to strength. It’s the most challenging but the most beautiful thing.” 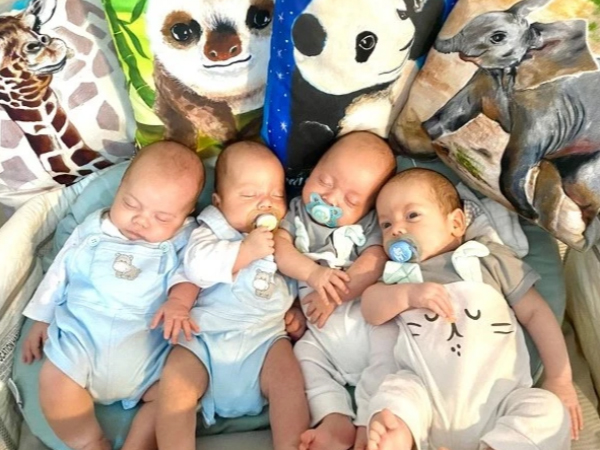