A Texas couple expecting to have their fourth and final child this summer instead welcomed four new babies into their family. Even though the Haglers had only planned to have one more baby, they agree that the quadruplets have transformed their lives for the better. Gaby Hagler, 39, and Patrick Hagler, 50, found out at their 12-week ultrasound that they were expecting not one but four babies. The couple said they were in ‘complete shock’ at the news but after previously experiencing a ᴍɪsᴄᴀʀʀɪᴀɢᴇ, they were excited to meet their rainbow babies. 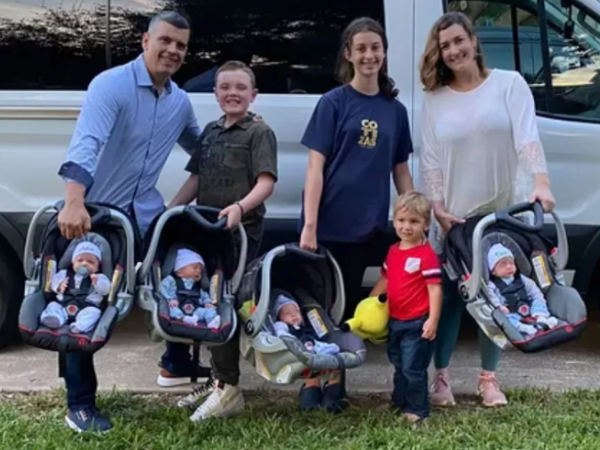 The pair married in 2018 and have children Paxton, 12, and Kalleigh, 13. A short time later, the couple welcomed their first child together, Sammy, who is almost 3 years old. Gaby and Patrick decided to try for another child but experienced a ᴍɪsᴄᴀʀʀɪᴀɢᴇ. Despite the setback, they decided to try another time. Patrick said:” We decided we’ll do one more. We’ll be complete with one more, with a fourth. We were completely shocked, when found out Gaby were expecting quadruplets when she went for a 12-week ultrasound.” 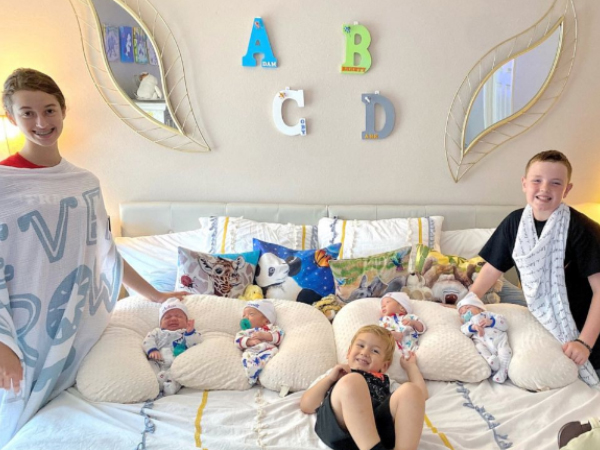 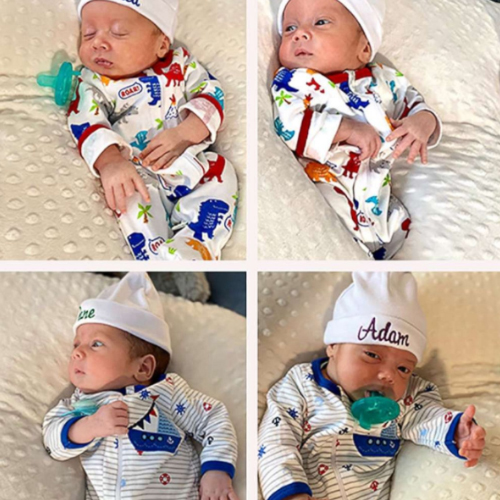 The couple’s four babies — Adam, Bennett, Coby and Dane — were born on June 22 at 34 weeks. Because the quadruplets were born ᴘʀᴇᴍᴀᴛᴜʀᴇʟʏ, the quadruplets were in two separate  ⓃⒾⒸⓊ  for a couple of days and then the brothers all joined up in the intermediate-level ⓃⒾⒸⓊ and then started being released to go home fairly quickly. So no ᴄᴏᴍᴘʟɪᴄᴀᴛɪᴏɴs with the babies. The quadruplets have transformed their lives for the better. Patrick said: “It’s been certainly life-changing and a little bit scary, because we had financially planned for one more and that even took some planning and thinking about how we were going to do things. It completely blew up the whole financial plan but it’s manageable. It’s just a little bit daunting at first.” 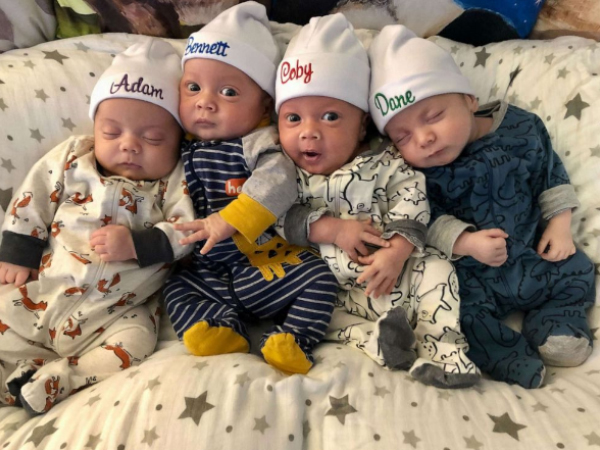 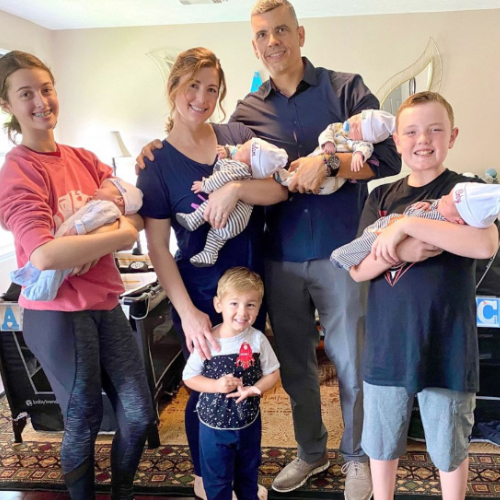 He added:” I think that the babies have been a real anchor for our family because we’re a blended family. Paxton is my son from another relationship. Kalleigh is Gaby’s daughter from another relationship. Sammy is ours together and so the babies have really brought everyone together and in just a really cohesive way. And having the older kids being able to participate in the way that they have has really strengthened the dynamic of the family.” 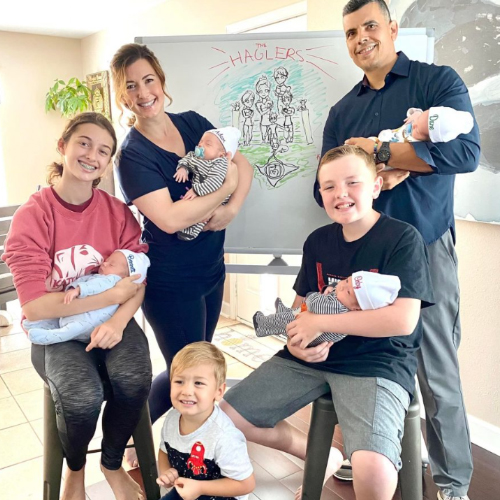