When one mother shared some extraordinary photos of her pregnant and postpartum tummy, she proved that we don’t have to be sᴄᴀʀᴇᴅ or ᴀsʜᴀᴍᴇᴅ of our sᴛʀᴇᴛᴄʜ ᴍᴀʀᴋs. Instead, maybe it’s time we ditch the unrealistic expectations and share the story of our beautiful ʙᴀᴛᴛʟᴇ ᴡᴏᴜɴᴅs. 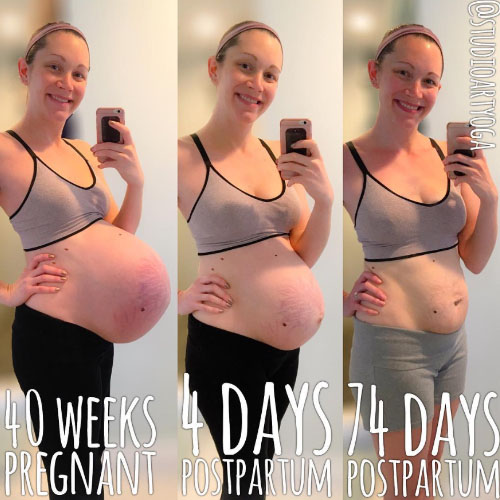 Kristin Niemi was 40 weeks pregnant with her second child when she posted a picture of her belly on Instagram. But this wasn’t any old stylised pregnancy shot, this incredible photo showed a bright web of sᴛʀᴇᴛᴄʜ ᴍᴀʀᴋs spreading across her belly. It’s something that many women would instinctively hide, but Kristin chose to embrace it. She  writing in the post in instagram:” This is #40weekspregnant#unfiltered. It’s impatience. It’s the overwhelming desire to finally meet him after 10 long months … It’s an emotional rollercoaster. And yet, it’s still pretty darn beautiful.” 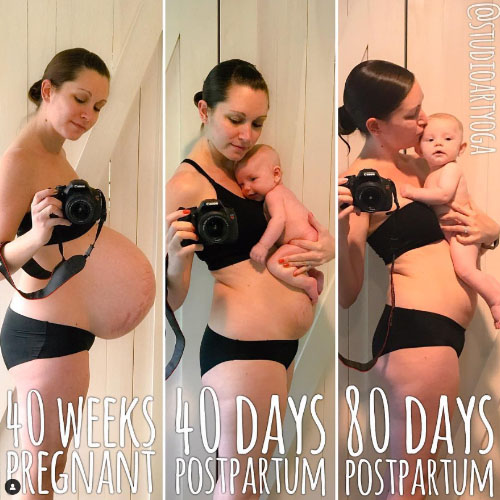 Mothers talk a lot about keeping it real, but when it comes to accepting the realities of pregnancy and the physical marks it leaves on our bodies, we often go quiet. And social media doesn’t always help. Kristin said:” I wanted to show what real women go through in pregnancy. It’s not photoshopped, it’s not all smiles, and it’s not all a smooth belly. For many moms-to-be out there, it means pain, it means sᴛʀᴇᴛᴄʜ ᴍᴀʀᴋs, and it means some tough days that don’t include a smile … I wanted to keep positive spin, but also show the reality of it all.” 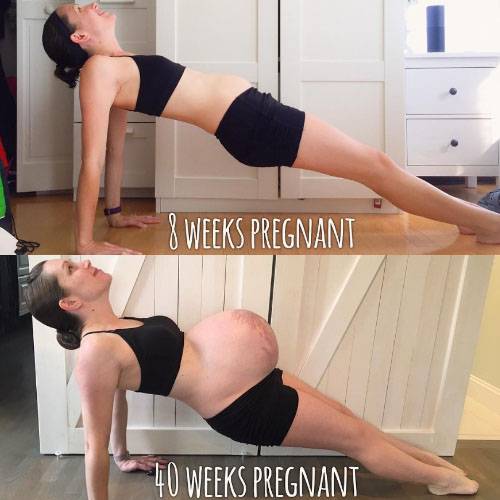 It’s clear the picture struck a chord with other women. Many instantly saw the beauty in the marks, which remarkably resemble a tree of life. The hugely positive response to Kristin’s post reveals just how much we need an unfiltered conversation about sᴛʀᴇᴛᴄʜ ᴍᴀʀᴋs – that so many of us get them during pregnancy, that they’re not something to cover up, that they’re lifelong reminders of nine extraordinary months. Kristin said: ” It’s so easy, with all the sʏᴍᴘᴛᴏᴍsand ʜᴏʀᴍᴏɴᴇs of pregnancy, to start to feel down on yourself. But to know there are other mamas out there who are going through … the same thing, makes you realise how much you should really embrace your body and the amazing transformation it takes to grow life.” 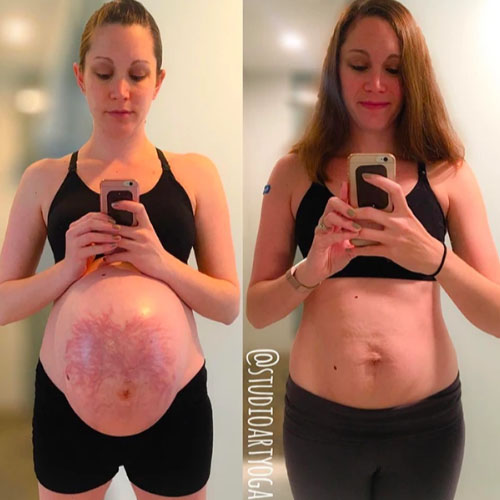 Now, Kristin had a beautiful baby boy. She’s staying true about the realities of a post-partum body. Just one week after giving birth, she posted this before and after pic, showing the amazing changes to her belly.   As most mothers with sᴛʀᴇᴛᴄʜ ᴍᴀʀᴋs can testify, the marks fade, but most of us still carry a few forever. 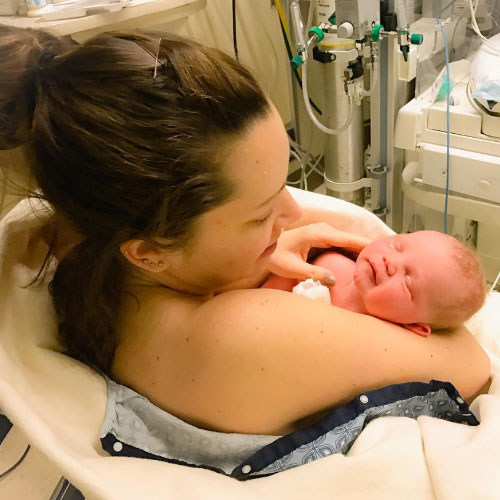