A woman was shocked when she learned she was pregnant at the age of 50. Christine Boama, from Chorley, Lancs who thought she had started the ᴍᴇɴᴏᴘᴀᴜsᴇ, endured years of ɪɴғᴇʀᴛɪʟɪᴛʏ struggles and failed attempts at I.V.F , has described her cherished daughter as a ‘little miracle’. 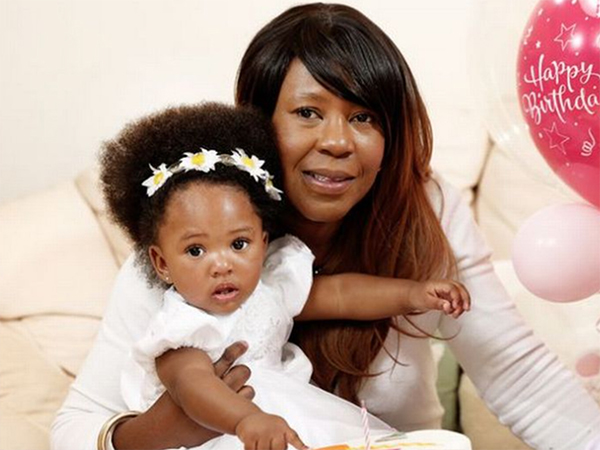 Christine grew up in a big family and always assumed she would have a baby ‘when the time was right’. She said: “I grew up with a huge family. My mum is one of nine and one of my auntie has six ­daughters. Surrounded by the loving hubbub I’d think, ‘This is what I want when I’m older’. I was healthy, and I knew I’d be a good mum. All I needed was to meet Right.” In her 30s, as Christine saw family, friends and colleagues start their families, her desire for a baby only grew. 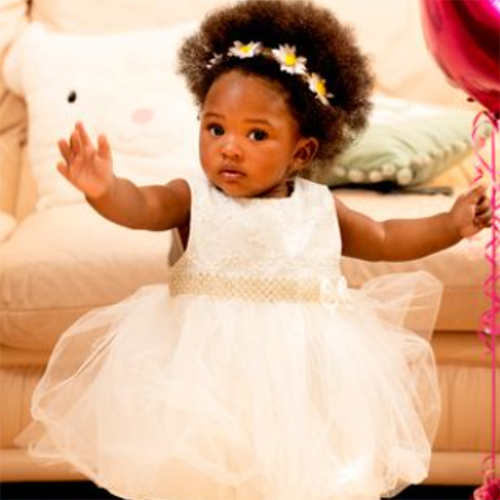 She added:” I wanted a child more than anything, but I’d tell myself, ‘When the time is right it will be easy. Everything will fall into place.’ I never doubted that it would happen for me”. Then in 2012, aged 41, I met her now husband David, 50, and could see all my dreams about to come true. A year later, in 2013 when I was 42, we walked down the aisle. I thought I’d be pregnant within a year. But we first anniversary came and went. Then another with no baby news.” 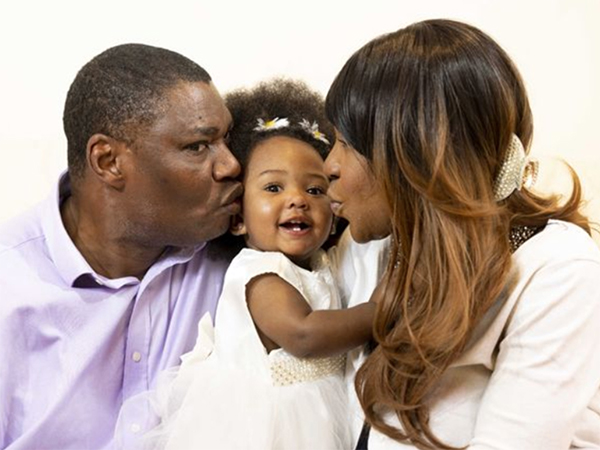 Finally in 2015, when Christine was 44, they paid for I.V.F . Christine was heartbroken when the first cycle failed, a pain that only increased as four more cycles followed over the next five years. It was two weeks after her 50th birthday, in October 2020, that Christine, from Lancashire, realised that her period hadn’t started. At first, she thought it was the ᴍᴇɴᴏᴘᴀᴜsᴇ. But she felt drawn to take a pregnancy test. Seeing the second line appear on the strip, Christine could not believe her eyes. She said:” I’d lost count of the number of tests I’d taken over the years, every one negative. Now here, at 50, I was staring at a positive test. I just sat there in shock”

Christine saw a doctor who told her she was six weeks pregnant. And on May 18, 2021, Precious was born. Christine said:” As soon as I saw her, I burst into tears. I’d waited and prayed for so long to meet my child and finally she was there, safely in my arms. Celebrating her tot’s first birthday last week. I want to share my story to give people hope. I know how tiny the odds were.”