Could you imagine running a home that is packed to the brim? Jon and Kate Gosselin are the parents of twins and sextuplets! Jon and Kate met on a company picnic back in 1997. Within two years, they were married and starting their life together. They joined in holy matrimony in June 1999, when she was 24 years old, and he was 22. They were a young couple when they started putting their family together. 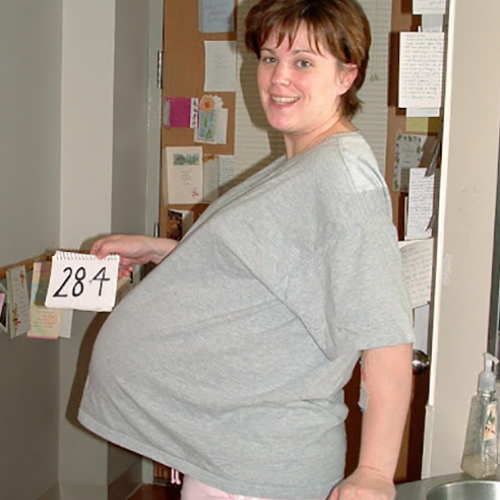 They always wanted to have a big family. Kate said:” Jon and I both knew we always wanted to have kids. We weren’t able to get pregnant on our own, so we turned to ғᴇʀᴛɪʟɪᴛʏ ᴛʀᴇᴀᴛᴍᴇɴᴛs.” In 2000, Kate gave birth to twin girls, Cara and Mady. Then, the couple decided to try for one more child. Kate said:” We got a little more than we bargained for we got six more . We’re considered a ғᴇʀᴛɪʟɪᴛʏ nightmare.” The couple say their lives were turned upside down the day they found out they were expecting sextuplets. 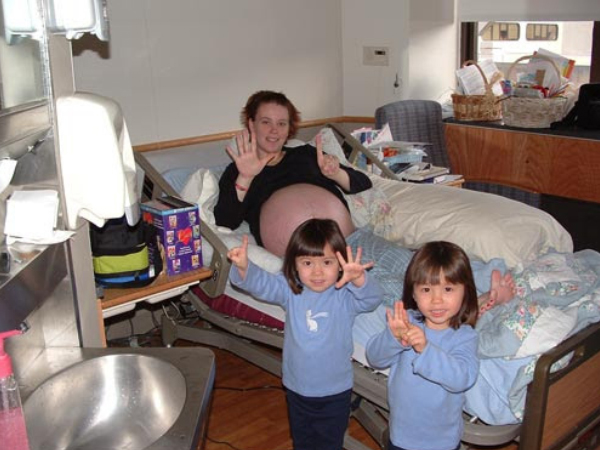 When Kate went in for an ultrasound five weeks into her pregnancy, she says she thought she might be carrying more than one baby. But she never imagined there would be six. She said:” As soon as they flashed the ultrasound screen, I saw too many circles to count. I was thinking, ‘These cannot be babies. There’s too many.’ I instantly went into shock.” As the doctors whispered, Jon says he crouched on the floor to keep from fainting. Kate said: ” He was close to tears, which he’s usually very silent and strong. I thought, ‘Now we’re really in trouble.’ It sounds funny now, but at the time, our whole lives just flashed before our eyes.” At just 26 years old, Jon says he immediately thought of the family’s finances, as well as Cara and Mady.  He said:” I was thinking of my twin daughters and, ‘How am I going to afford this?’. As a father, I think you want to take care of your family and do the best you can.” 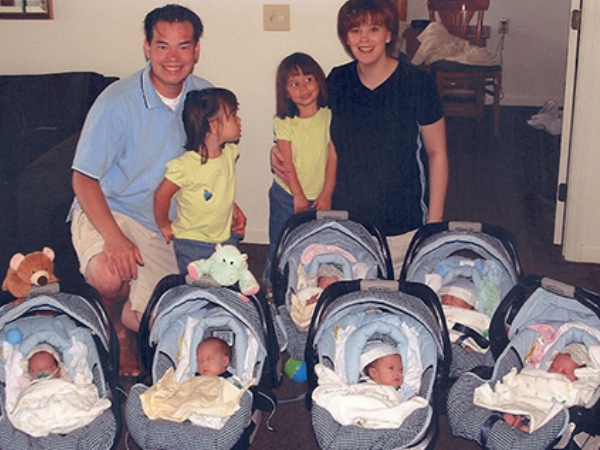 They knew that raising eight children would be difficult , emotionally and financially. But Jon and Kate say they never considered reducing the number of ғᴇᴛᴜsᴇs in the womb. Kate  said:” When we went in for that ғᴇʀᴛɪʟɪᴛʏ appointment, I said to them every time, ‘Really be careful with us, because we’re not doing that ever. It’s not for us. Actually, right before that ultrasound, the last thing I said to the doctor was, ‘Whatever you’re giving me, we’re taking.'”

On May 10, 2004, the family of four welcomed Hannah, Joel, Leah, Collin, Alexis and Aaden into their lives. Two sets of multiples make life a little more complicated for the Gosselins. While Jon’s at work, Kate relies on to-do lists, shopping lists and schedules to run the household. Kate spends most of her time cooking healthy, organic meals for her family of 10. She said:” My day is make a meal, serve a meal, clean up a meal, clean up everything, wipe this one, change that one, deal with this one. With eight messy kids and loads of dirty laundry. I do at least two loads a day, with the most being five a day. By 4 p.m., I would say, ‘It’s two more hours until Jon comes home, and I’m ragged.'”. On average, Kate says she runs the dishwasher two or three times a day and uses about 1,200 paper plates every month. 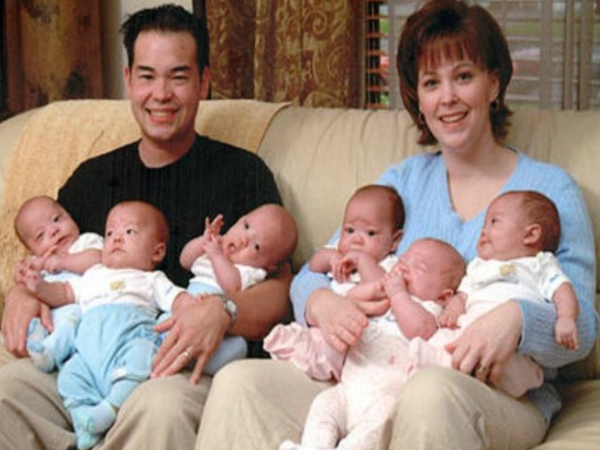 The stress of raising eight children under the age of 8 doesn’t always bring out the best in these parents, but they know they’re in it together. Jon said:” It might be a crazy life. But it’s our life.”